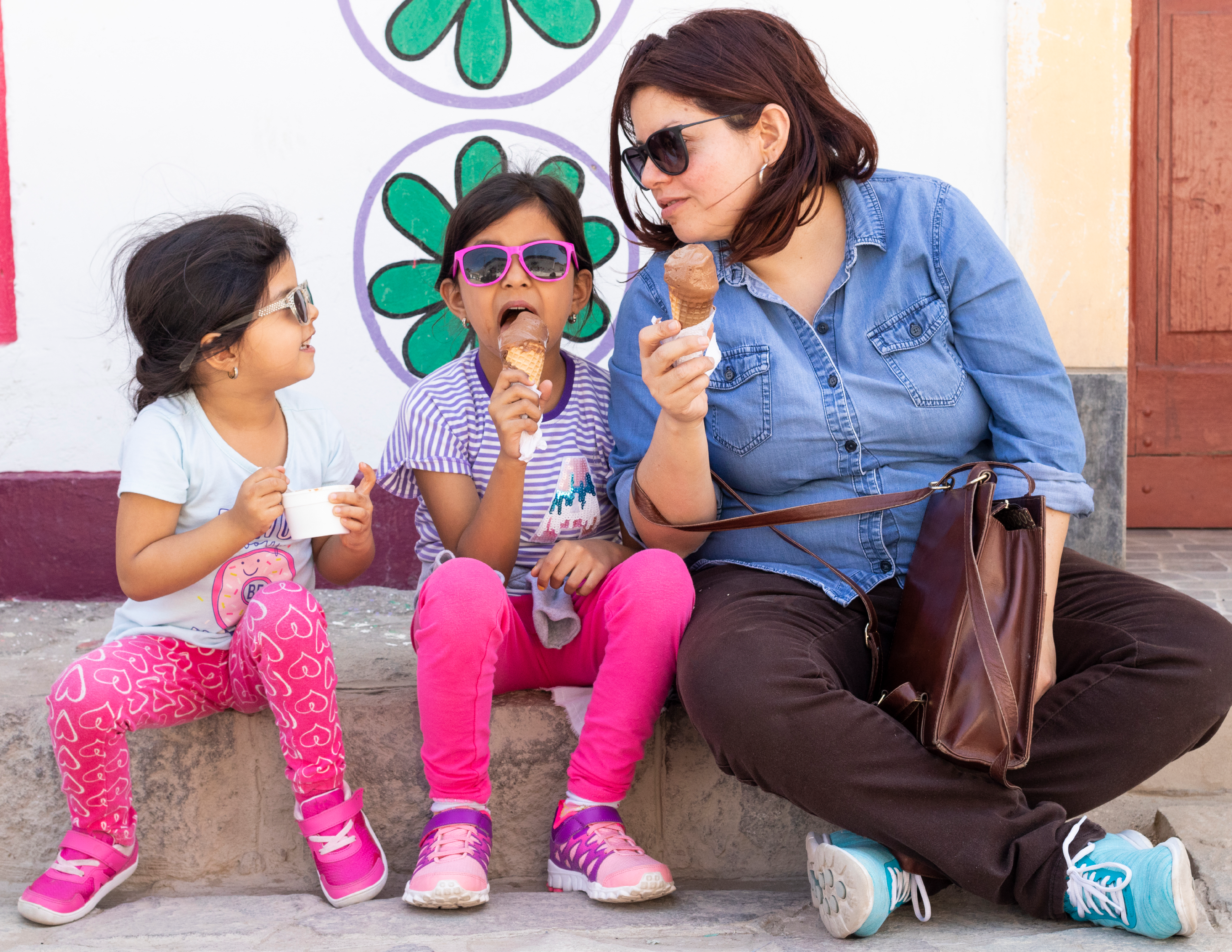 Rosie first walked into Family Services’ Legal Advocacy office after she was issued a temporary emergency protective order. She was looking for help to obtain a permanent restraining order, the first step of many she would have to take to re-establish her identity and freedom.

For nearly five years, Rosie had experienced severe physical, emotional, verbal, and sexual abuse from her partner.  Legal protections such as Restraining Orders can be a key piece of the puzzle for survivors of abuse like Rosie to maintain safety after leaving a violent relationship.  But the process can be a long and stressful one.  Family Services’ Legal Advocacy program helps survivors prepare and file restraining orders, custody orders, and child support responses, and supports survivors and families going through the court process, including accompanying survivors to legal appointments and hearings.

Rosie’s partner had frequently threatened to report her to Child Welfare Services if she ever called the police to report domestic violence.   Just days after his arrest, a detective came to Rosie’s home to investigate these allegations.  It was this detective who provided her the first lifeline out of this situation.  The detective found nothing that indicated she was an unfit parent, and instead urged her to file for a Permanent Restraining Order and Custody Order. He gave her Family Services’ Legal Advocacy program’s phone number.

At the first meeting with her Family Services legal advocate, Rosie appeared frail, exhausted, and worried.  She was unsure this would be the correct path for her, and was scared of what her partner might do in retaliation.  Together, they talked over possible scenarios, and Rosie concluded that her worst fear had already happened: he had tried to get her daughters taken away. This sparked a fire in her to fight for her and her children’s safety.

“After years of being told I deserved the way I was being treated, that I was mentally ill, and that no one would believe me, people did believe me and were willing to help me,” said Rosie.

She filed for custody that day and waited for a court date. During this time of waiting, Rosie began her transformation from victim to survivor.  She and her daughters started receiving counseling. Rosie started networking with old friends and coworkers, determined to begin providing for herself and her children.  She decided to resume her Beautician Degree, and secured a paid position as a student-teacher.

Over the next year, Rosie faced many challenges as her former partner financially abused her and attempted use the court system to continue his power and control over her. First, Rosie learned that he had ended the lease on the home she still lived in without her knowledge, and she and the children would have to move out.  He also continued to file reports with Child Welfare Services, alleging that she was mentally unfit, which renewed her fear of losing custody of her daughters.  Soon after, Rosie’s former partner took her car away, thus risking her salary, children’s education, and access to services.  He filed a small claims suit against her, requesting financial compensation of several thousands of dollars, claiming she had caused him significant emotional distress. He also contested the child support, claiming that she was providing fraudulent financial evidence.

Even in the face of these challenges, Rosie persevered, sharing, “No matter what, my daughters and I are not going back to a dark and scared life.”

Besides caring for her two young children, Rosie was juggling a full-time job and her beautician classes.  In meetings with her legal advocate, she remained positive, focusing on the progress she and her daughters were making instead of the overwhelming court processes she was now involved in. In between court dates, she signed her apartment lease, had researched and purchased a vehicle, and in sharing her situation with others, had inspired clients and coworkers to consider seeking help with their situations of domestic abuse.

Rosie’s actions also inspired her daughters to speak out.  They told her that during their father’s allotted visitation time, he would deny them food while at a restaurant and lash out angrily at them over their mother’s actions.  She encouraged her daughters to call her if they were hungry.  She also taught her eldest how to use a debit card and cash if she was in a situation where she could purchase food. She also instructed her eldest daughter to call the police if she felt she and her sister were unsafe. Not too long after, a situation did arise during a visitation that required her to contact law enforcement.

Although it was an immensely stressful and draining process, this event prompted Rosie to return to court once more.  This time she felt ready to request a permanent restraining order.  Rosie again reached out to Family Services to schedule an appointment with the Legal Advocacy program.  She filed a request for a restraining order and requested changes to the custody order. In the process of preparing those requests, Rosie finally acknowledged the full scope of the abuse she had endured for the first time.

This is not an easy step to take. Survivors often experience a myriad of negative emotions—guilt, anger, regret, depression, and even worry for their abuser—in unwrapping the trauma they experienced.   Rosie shared that counseling had helped her acknowledge what she had experienced as abuse and share it with another person.

Three months later, Rosie finally received good news. The cases largely ruled in her favor. She received her permanent restraining order as well as her requested changes to the custody order. Her former partner’s small claims suit was denied, and his child support modification was dismissed, as no indication of fraudulent paperwork was found.

During her most recent check-in with Family Services’ Legal Advocacy program, Rosie reflected on how she was a completely different person during her abusive relationship.  At the beginning of this process, she had hesitated even to involve law enforcement.  Now, she shared pictures of her daughters, and reflected how simple joys like being able to take them for ice cream was enough to keep her going.  They told her they loved to see her smile because they hadn’t seen her smile for many years.

If you know someone who is currently in or leaving an abusive relationship, the best thing you can do is listen and be supportive.  Family Services’ emergency domestic violence hotline is available 24 hours a day at (559) 732-5941 for confidential support, safety planning, and referrals.